This feature is only available in: DaDesktop Private Server (DDPS), DaDesktop On-Premise (DDOP) only.

With the increase in complexity and processing power required for courses, especially with nested virtualisation or higher performance requirements for a higher number of trainees' desktops; it's possible you may very occasionally see an error such as this :-

The warning will occur specifically for CPU, memory or disk space. In this case the first course of action would be to try moving your machine(s) to a less heavily loaded server or data-centre, or to reduce the resource requirements if at all possible.

If neither of the options are available, a simple and quick solution where the running units is just slightly over the max number of units normally permitted can be to temporarily use 'over-committing' of one or more of the CPU, memory or disk coefficients.This can be performed in the GUI as below.

Go to https://ddservername/da/admin/servers/all, click the Edit button for your server then scroll down to this section.

The server list also shows the servers that have over-committed coefficients in use. This is useful if you need to remove these after a course has finished and the coefficients can be set back to the default again. 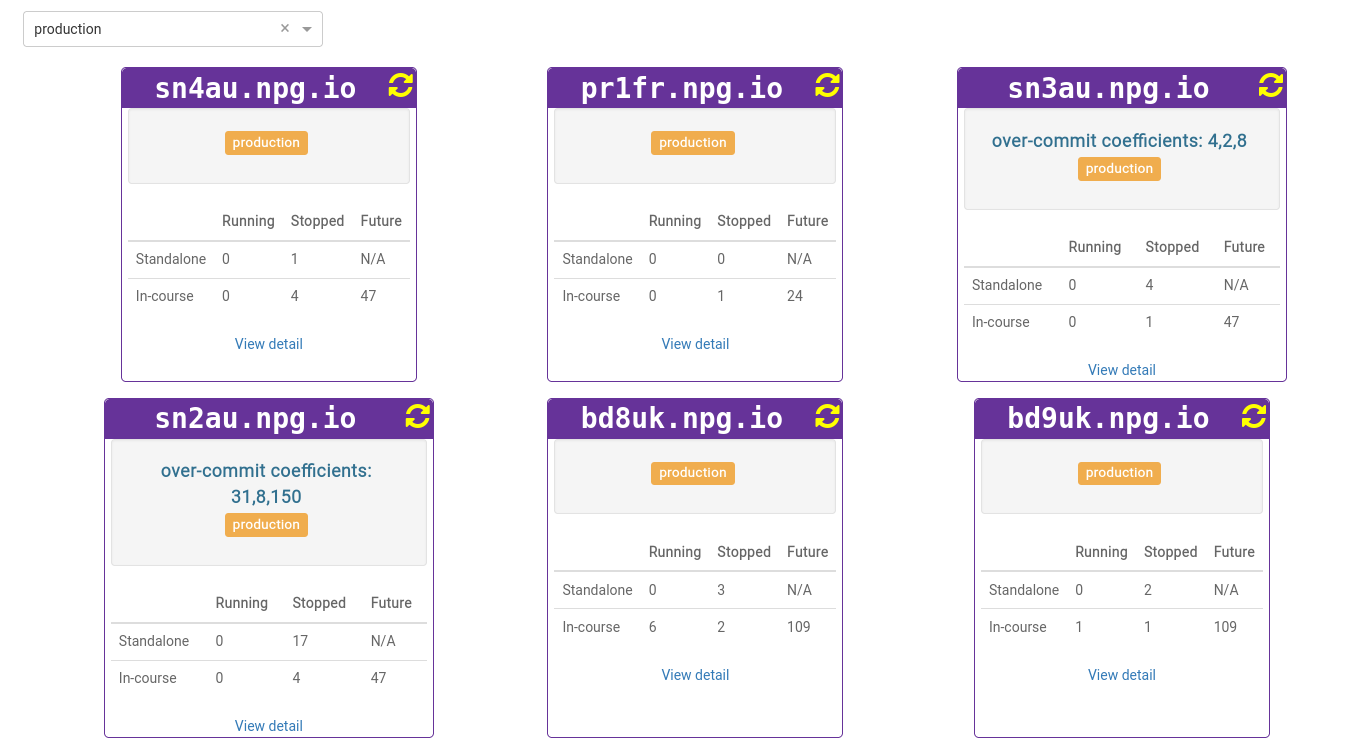 Any changes made should be regarded as a temporary fix and not a permanent solution to not having enough resources. Changes made to permit a course to continue or take place should be reverted at the conclusion of the course.

The over-committing function is possible because of the tpapi which is part of NobleProg's DaDesktop codebase. Tpapi has recently removed compatibility with Python 3.8, so DaDesktop nodes OS lower than Ubuntu 21.04 will have tpapi startup problems. Tpapi is currently only compatible with Python 3.9, so the corresponding operating system requires a minimum of Ubuntu 21.04.

Any continuing performance issues with DaDesktop should be discussed in the first instance with NobleProg, who will be happy to work to resolve the problem.